I like SONOS but its expensive. Here’s a mostly free option

I like SONOS but its expensive. Here’s a mostly free option

I really like the Sonos system but it’s expensive. At least 300 dollars a pop for every zone (room) you want to have. I think what it offers i will some day jump to. But in the meantime i have found a way to achieve the same thing with stuff I already had.

First, download Logitech Media Server. Yes, this requires a computer. I happened to have an old laptop. This works perfectly as the server.

Next, you need a player. Something that will connect to the server to access local media, or run through it to run apps like spotify, pandora, etc.

Logitech makes a number of network appliances that can connect to the server (think Sonos and dollars).

If you don’t want to shell out the cash, you can download SqueezePlay (beta). This is free and is a software based player. You can run this on the same computer as the server. My server happens to be in the closet with receiver so i have a 3.5mm -> Stereo RCA cord plugging into it. This is zone 1.

To move beyond the living room I am using an old android phone running Squeeze Player. I said this was mostly free right. This program will turn your phone into a player the server will recognize. This zone connects to the auxiliary input of an ipod system that includes an additonal speaker. This is in the kitchen and the remote speaker is in the office. This is cool because i can take the remote speaker outside when it’s nice.

I also have an android tablet. Another zone. Sometimes i connect this in the bedroom. No restrictions on what device you can download the player to.
I also have another android phone… yet another zone.

I’ve seen someone say that iPenquin (?) works as zone on iphone but i can’t verify that.

To control all this, Logitech makes an app for both android and iPhone called Logitech Squeezebox Controller.

From this app, you can join any zone to another or to all zones. OR play different things in different zones. The server also supports video and will show up as a DLNA player on XBox and other capable systems.

Yes, sometimes it’s not quite in sync. other times it works flawlessly. Oh ya, when i turn the microwave on i lose music too. For the 5 bucks I spent plus reusing old hardware i think this is a small price to pay.

To use Pandora you have to have a paid subscription. Same with Spotify. I have a subscription to spotify and it’s great to use this way.

THere are a number of other third-party apps you can download. I think i use an alternative spotify app available there. Can’t remember why i switched from the default. 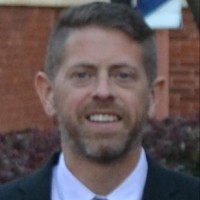